Have you been denied life insurance because of your medical marijuana smoking? 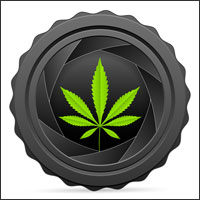 The world is changing and the legislation marijuana has proven that cliché to be truer than ever. More and more Americans are using marijuana medical and recreational purposes. 20 states have already legalized the use of medical marijuana and two states have passed the legalization of recreational marijuana.

Where does all the legalization changes leave those seeking to provide a life insurance policy for their family if something were to happen to them? Today, I am going to be sharing our answer to that question with you.

The Difference 40 Years Can Do for Marijuana Smokers

It wasn’t that long ago when John Lennon wrote the song “They Gave Him Ten for Two” that changed the world and set the stage for the marijuana movement. On January 24, 1967, John Sinclair of Ann Arbor, Michigan, was arrested and charged with the unlawful sale and unlawful possession of two marijuana cigarettes or 11.50 grains of marijuana. After a trial in July 1969 the trial judge sentenced Sinclair to 9-1/2 to 10 prison sentence.

The prison sentence was said to be politically motivated and attracted attention that would forever change the city it was held in – Ann Arbor. Soon John Lennon, Yoko Ono, Stevie Wonder, Bob Seger and a number of other high profile figures showed up in December in Ann Arbor, Michigan to throw their support behind John Sinclair. On December 10, 1971, the landmark “John Sinclair Freedom Rally” was held at the Ann Arbor’s Crisler Arena.

According to the Ann Arbor Chronicle, 72 hours after the rally ended John Sinclair was released. A year after that the possession of less than two ounces of marijuana became a $5 dollar ticket – a civil infraction.

According to ProCon.org, over 20 states have voted and approved medical marijuana since that freedom rally. Marijuana is being used to treat diseases and illnesses such as but not limited to chronic pain, insomnia, nausea and asthma.

On January 1st, 2014 marked the first day where legal marijuana shops could open up all throughout Colorado.

Can I Get Life Insurance If I Smoke Weed?

What I can speak to is what Benefits Age can do for you. Back in 2012, I published an article, Life Insurance for Marijuana Smokers, sharing about how smoking marijuana does not disqualify you for life insurance and in some cases, we have found non- smoker rates for marijuana smokers. Yes, marijuana smokers can get life insurance.

A lot has changed since John Sinclair was sentenced to prison in 1969 for have two joints on him. The changes include the legalization of medical marijuana and in some states, recreational marijuana. If you are a marijuana smoker in need of life insurance, please call our office. We are here to help.