What was the original projected amount for ObamaCare sign ups? 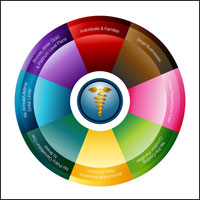 How many Americans actually have insurance now?

Americans all over the country are continuing to sign up for health insurance through the Affordable Care Act or ObamaCare. In fact, as of Friday the 24th of January, the Obama Administration has reported that 3 million Americans have signed up for private health insurance plans through the exchanges.

In addition, it is expected that by the end of January, that number will increase to 3.2 million. That is over 800,000 people for the month of January. As reported by the Huffington Post, Marilyn Tavenner, the administrator for the Centers for Medicare and Medicaid Services, stated:

“We are encouraged that millions of people have been enrolled in Marketplace or Medicaid coverage since October 1, and will work to give millions more Americans the peace of mind that comes with health security in the months ahead.”

The Projected Number Was 4.4 Million

Back before the debacle of the HealthCare.gov website, the Obama Administration had projected that 4.4 million people would have signed up for private health plans. Being only 1.2 million under that figure, the projections look as though the Affordable Care Act is making quite the comeback.

How Many People Have Insurance Now?

These numbers represent the amount of people who have signed up through the exchange, however, that doesn’t mean they have paid for their health insurance. Payment of the insurance plan is required prior to receiving the insurance plan.

What that means is that at this time, we really have no idea how many more Americans have health insurance.

What we do know is that the United States uninsured rate has dropped. According to ABCNEWS, it dropped by 1.2 percent and that does translate into 2-3 million people.

Those numbers are not even the impressive ones. The amount of uninsured-unemployed people dropped 6.7 percent.

Millions of Americans are gaining health insurance and it is easy to assume that numbers will grow before March.

If you are still wondering if there is a health insurance plan out there for you and you would like to join the now millions of Americans who are being insured, give our office a call. We can investigate and find the best plan for you and your family. Please contact us through our website or call my office today.