Are you still paying the premium for your “canceled health plan”?

Would the White House extending canceled health plans affect the way you vote this fall? 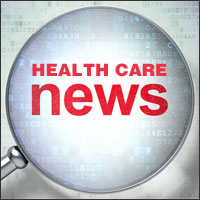 If you are one of the many Americans hoping to keep their health insurance plan that doesn’t meet the Affordable Care Act also known as ObamaCare standards, we have some potential good news. It is expected that the White House will announce the extension of those health plans, again.

With an unnamed source speaking out, we’ve learned that the plan could be extended as far out as the end of Obama’s term in 2016 or longer.

Last November, President Obama heard the American people’s frustration when thousands of cancellation letters were sent out to people who thought they could keep their health plan if they liked it.

Many Americans were outraged because President Obama himself along with many senators had promised that if someone liked their plan, they could keep it.

President Obama responded by saying that he hears you “loud and clear” and announced the extension those canceled plans for one year. However, what we are now seeing is that there is one big problem with that.

The Problem With Only Extending Canceled Plans For a Year

“The administration’s decision to pursue another extension was confirmed by insurance sources who predicted a public announcement would be “imminent.” It is unclear how long the extension will be, though one source believed it could last to the end of Obama’s second term, and perhaps beyond.”

While we wait to hear how long these plans will actually be extended, you may be wondering why these plans don’t make the cut.

Here is the list of 10 essential medical benefits in a nutshell:

While you may be able to keep your health plan if you chose, you may choose not to. That’s where we come in. If you have any questions about what type of plans are actually out there, please give our office a call. We can help you look at other options that will still be affordable.