Should religious organizations be forced to provide contraception coverage? 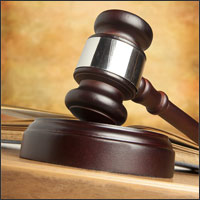 Even if religious organizations do not have to pay for contraception coverage, are they still complicit because they are required to offer it? Last week in Chicago, the U.S 7th Circuit Court of Appeals upheld the ruling that has denied the request by the University of Notre Dame for an injunction that would postpone the birth control mandate. Notre Dame is still required to provide contraception coverage. Many religious colleges and universities are disappointed by the ruling. The 2-1 ruling requires the school to abide with the birth control mandate even while they are waiting for the court’s final decision on the matter.

According to Foxnews.com, this ruling comes after the Obama Administration added a “buffer” in for the religious affiliated schools, hospitals, etc. The change requires that insurers pay for the birth control coverage and then “creates a way to reimburse them.” This change now leaves the religious affiliated organizations out of the payment of contraceptives. However, The Hill reports that many religious affiliated organizations are arguing that this isn’t enough. They believe that they would still be wrongfully involved in providing coverage of contraception. Judge Richard A Posner wrote the following about the decision,

“We imagine that what the university wants is an order forbidding Aetna and Meritain to provide any contraceptive coverage to Notre Dame staff or students pending final judgment in the district court.” “But we can’t issue such an order; neither Aetna nor Meritain is a defendant (the university’s failure to join them as defendants puzzles us), so unless and until they are joined as defendants they can’t be ordered by the district court or by this court to do anything.”

There are some religious organizations who have challenged the law that have been permitted injunctions. On the other side of the debate, Judge Joel M. Flaum stated,

“Notre Dame tells us that Catholic doctrine prohibits the actions that the government requires it to take. So long as that belief is sincerely held, I believe we should defer to Notre Dame’s understanding,”

This particular piece of the health care law has made for a lot of debate. With the final decision still left to be decided, we can bet that there will be a lot more debate until then.

What Do You Think?

In your opinion, has the government overstepped itself? Or has the “buffer” allowed for a compromise? Please let us know your thoughts in the comment section below. If you have any questions about health insurance or ObamaCare, please give our office a call. We are here to help.