Have you been thinking about signing up for a health insurance plan?

Are you wondering if people are actually getting health coverage after signing up for ObamaCare? 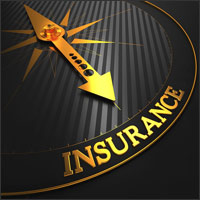 A new Gallup Inc. survey is showing that more Americans have health insurance today then before ObamaCare or the Affordable Care Act started. This is great news since the deadline for open enrollment ends this month.

Over 28,000 Americans were surveyed over the period of January 2nd and February 28th 2014. The survey was part of the Gallup-Healthways Well-Being Index. According to Gallup Inc.,

Demographics of the Survey

The coveted demographic of “the young and healthy” are signing up as well. According to the report, between the 4th quarter of 2013 and the timeline the survey was given, those uninsured and between the ages of 26-34 dropped from 23.5% – 23.0%.

It has been calculated that for ObamaCare or the Affordable Care Act to “work”, 40% of the new enrollees needed to be in that coveted young and healthy demographic which is the ages from 18-31. In the article, Young Americans Reportedly Are Signing Up for ObamaCare, that we published at the end of February, we cited a source saying that the number of young Americans was close to 27%.

According to CBSnews.com, the Gallup-Healthways Well-Being Index is correct and more that 2.5 million adult Americans now have health insurance who did not have it before.

Have You Put Off Purchasing Health Insurance?

If you have put off purchasing health insurance, the time to act is now. With only a few weeks left until open enrollment closes, you may find yourself surprised at how affordable health insurance can be. If you have any questions, please call our office today. We would love to help find a plan that is right for you and your family.